Where are the Lee's?

wherearethelees.com was a creation for Mother’s Day between Ted and I. So where did the idea come from?

Harry Potter, of course. The Weasley’s had a clock (Whereabouts Clock) that told them where everyone in the family was at all times.

Short of being magical, we created this because my Mom doesn’t yet own a cell phone.

A “DINNER!” button that allows my Mom to press a button that sends a text to all our phones may be in the pipes for the near future. 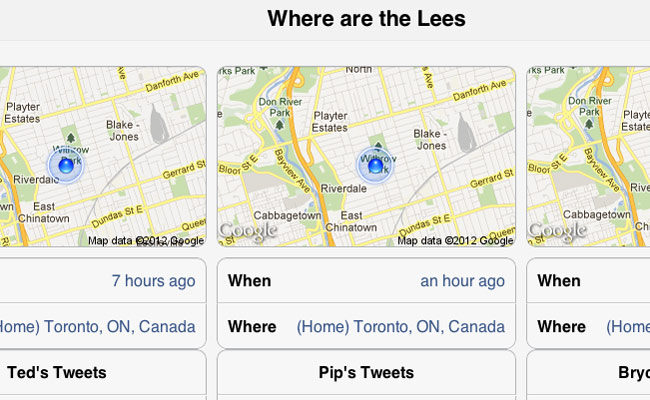 Importance of travel Prev Building a GIF site for Martha Next