You can see a live version of this project here: pippinlee.com/drive-dashboard

This project started with a friend sending me ~51,000 points of data. He’d just bought an adapter that allowed him to start collecting the driving data his car’s computer was producing. Car’s have had computers built into them for quite a while, but only recently has their data become more thorough. The third-party market for accessories for accessing this information has also exploded.

There are also a growing number of products, like Eric Evenchick’s CANtact, that give car owner’s more control over their car’s internal computers.

Most of the work of making data useful is asking the right questions, which leads to being able to build a helpful interface. Along with avoiding chartjunk, filtering out many of the data points was helpful while building this dashboard.

Finally, it was a good excuse to work with d3.js and leaflet. 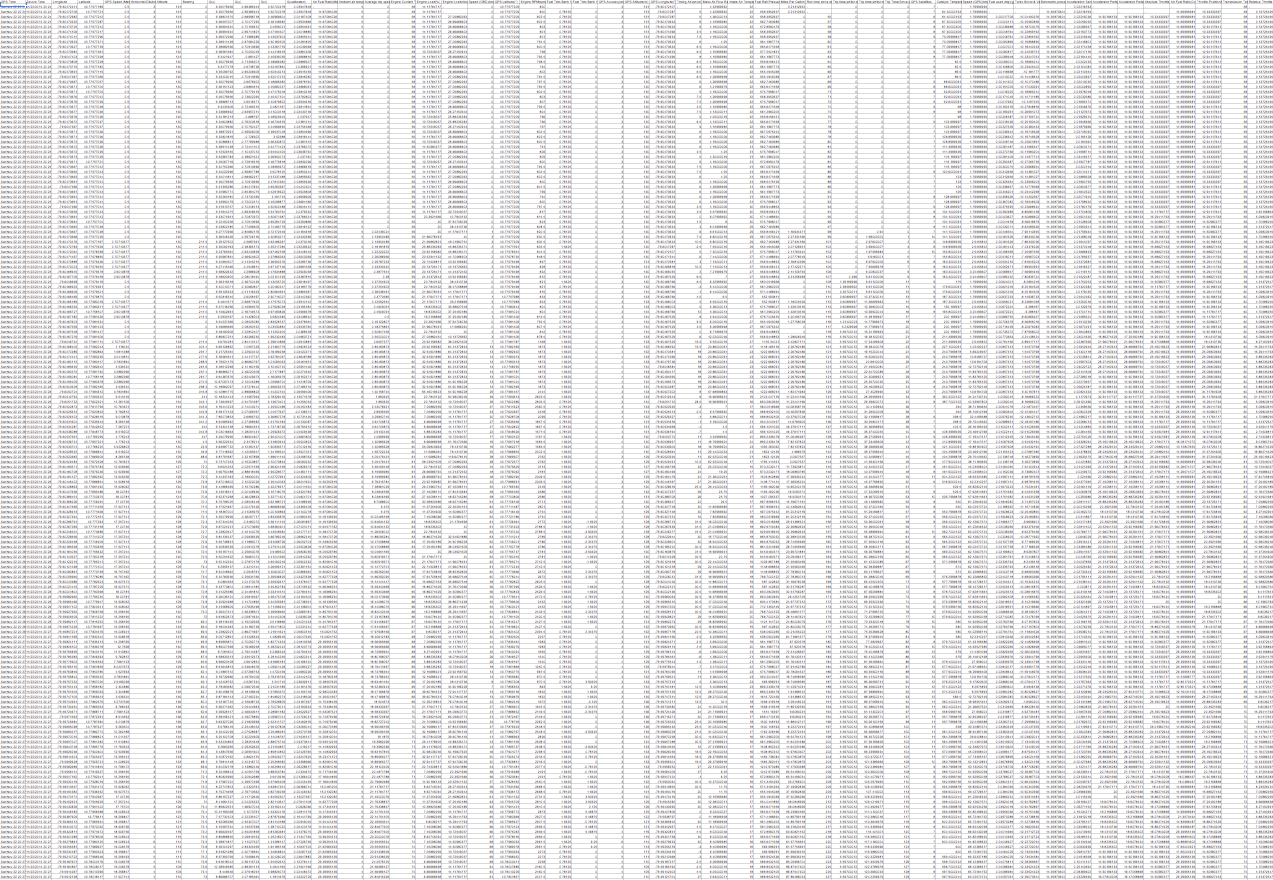 Zoomed out view of of the .csv